York’s resident pair of Peregrines are affectionately known as Mr and Mrs Minster.

The female Peregrines, as with many other birds of prey, is significantly larger than the male.

In the same way that Mallards are Ducks and Drakes, female Peregrines are called Falcons and the males are called Tiercels (or Tercels). 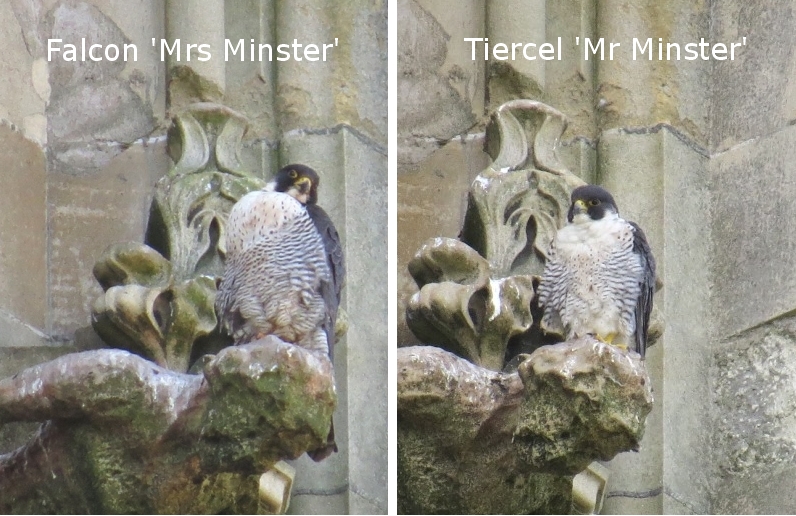 In the photo above, the female has a very obvious crop bulge after feeding.

As well as the size difference there are some subtle differences in the plumage between the Minster pair. 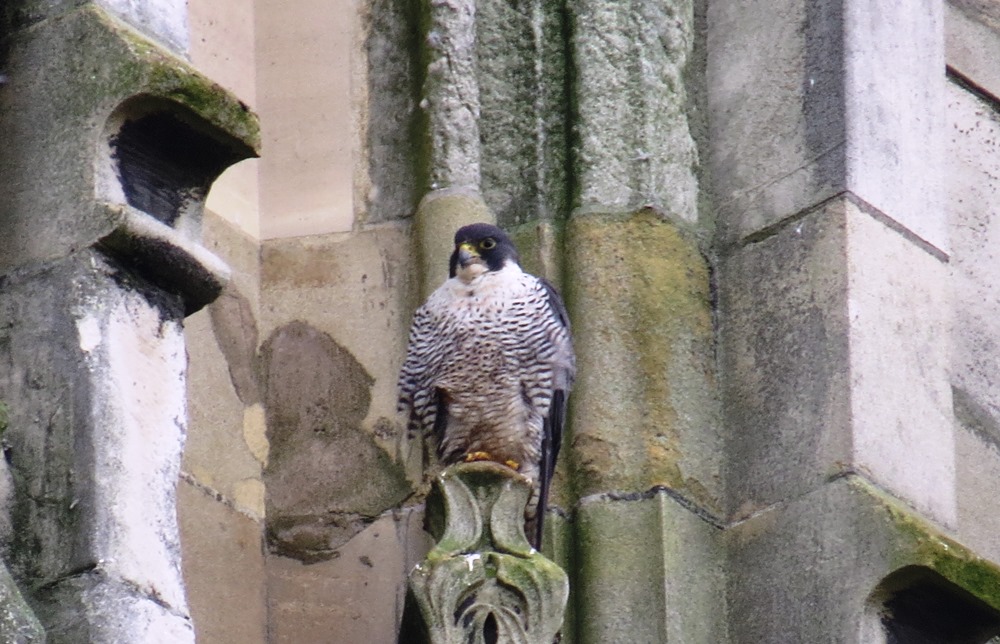 The compared with the male, the female has a more powerful and fierce appearance. 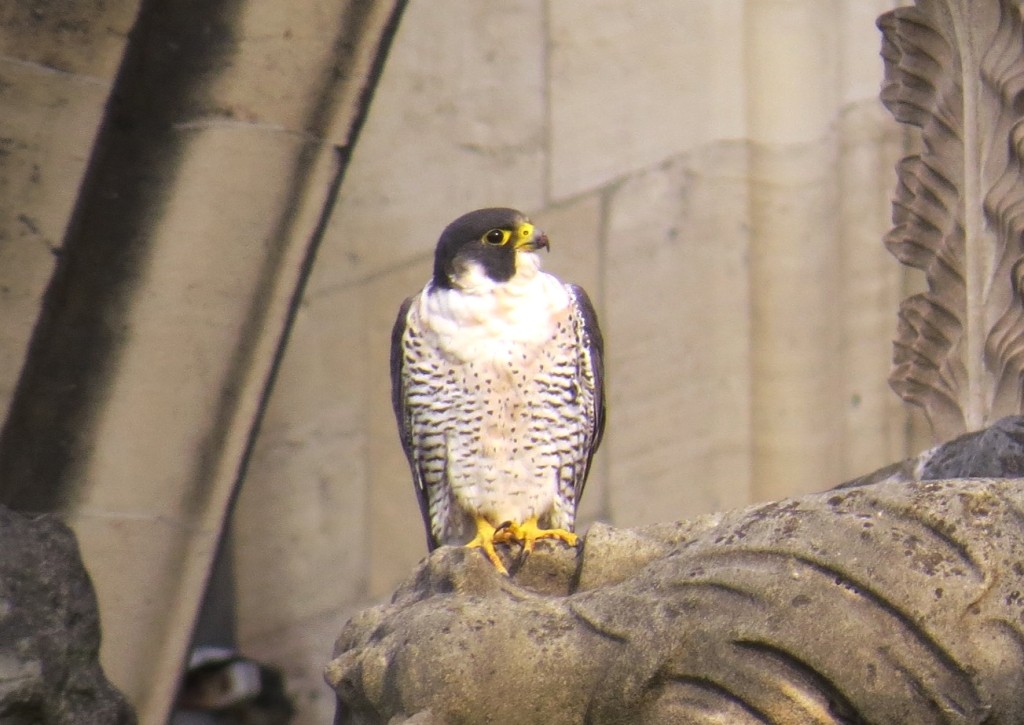 Overall, the male has neater and cleaner look than the female, even when fluffed up and relaxing.