Where to see the Peregrines 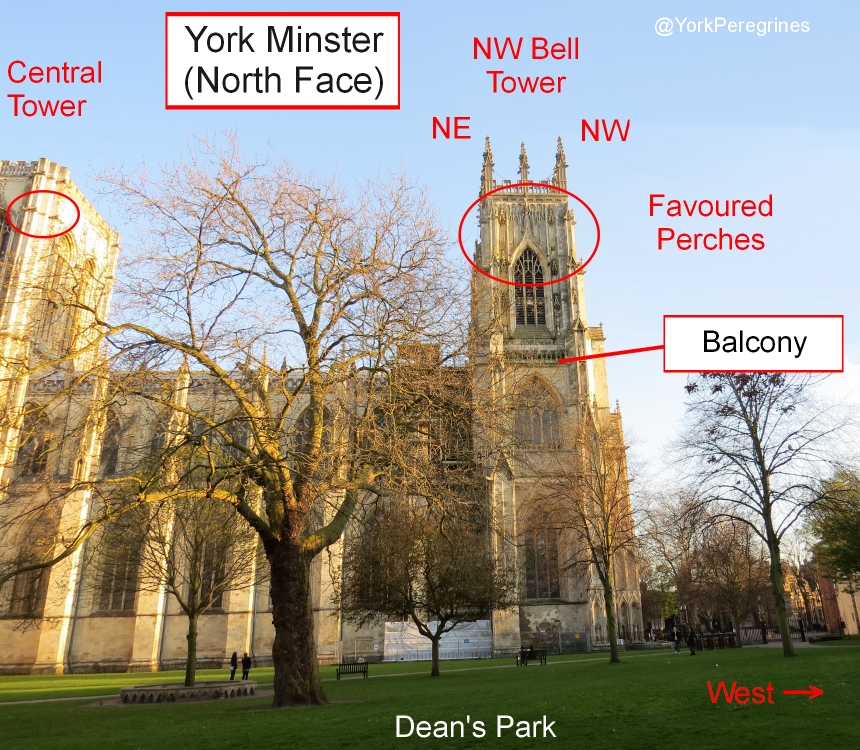 Although the Peregrines have been seen perched on each side of all three of York Minster’s towers, they are most often seen on the north face of the north-west bell tower. This is best viewed from Dean’s Park, which is usually open from around 07:30 to 19:30 each day.

The Peregrines perch rather high up, so binoculars are needed to see them, and standing quite far back from the building is recommended as this will give you a better view – and stop you from getting a sore neck from looking up!

The female peregrine is most often seen perched on one of the large grotesques which project from each side of the belfry window. 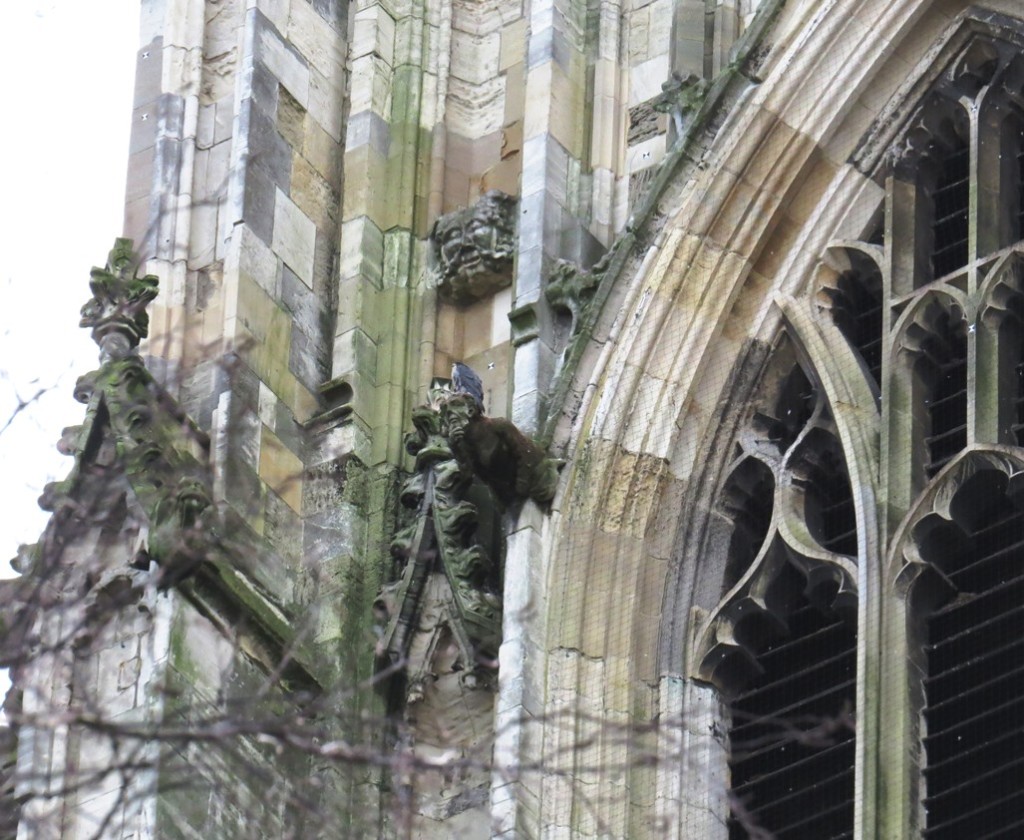 The grotesque to the left of the belfry window is sometime referred to as ‘the thoughtful man’. 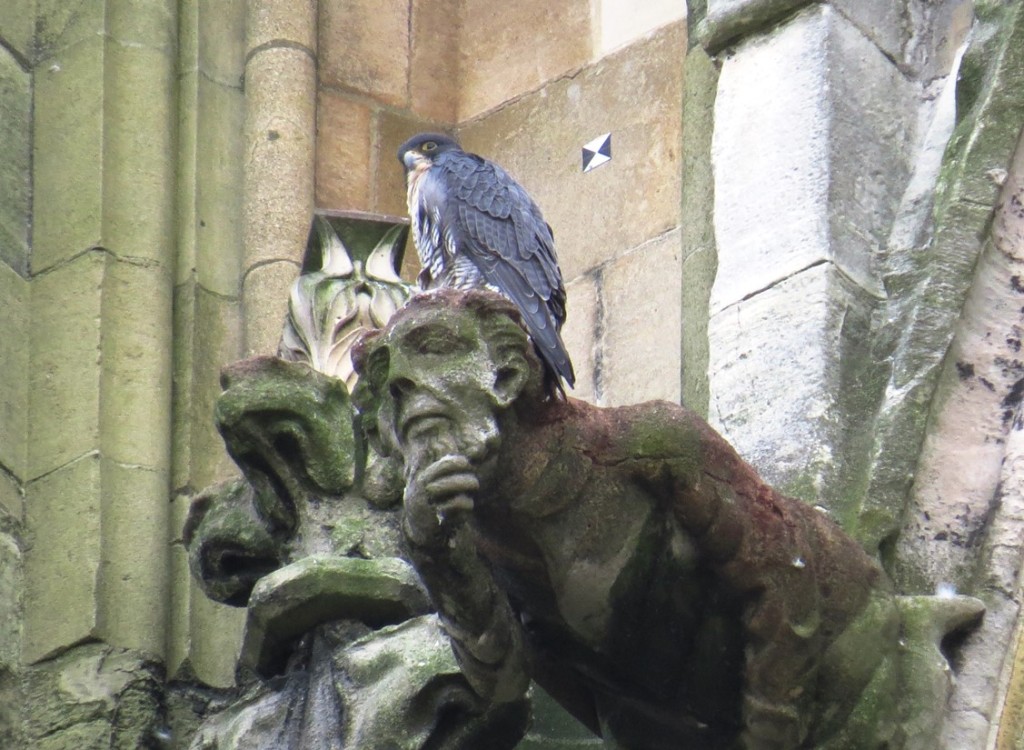 The grotesque to right of the belfry window has suffered more erosion. When the falcon sits at the back of the grotesques, she can be difficult to see unless you are viewing from exactly the right spot. 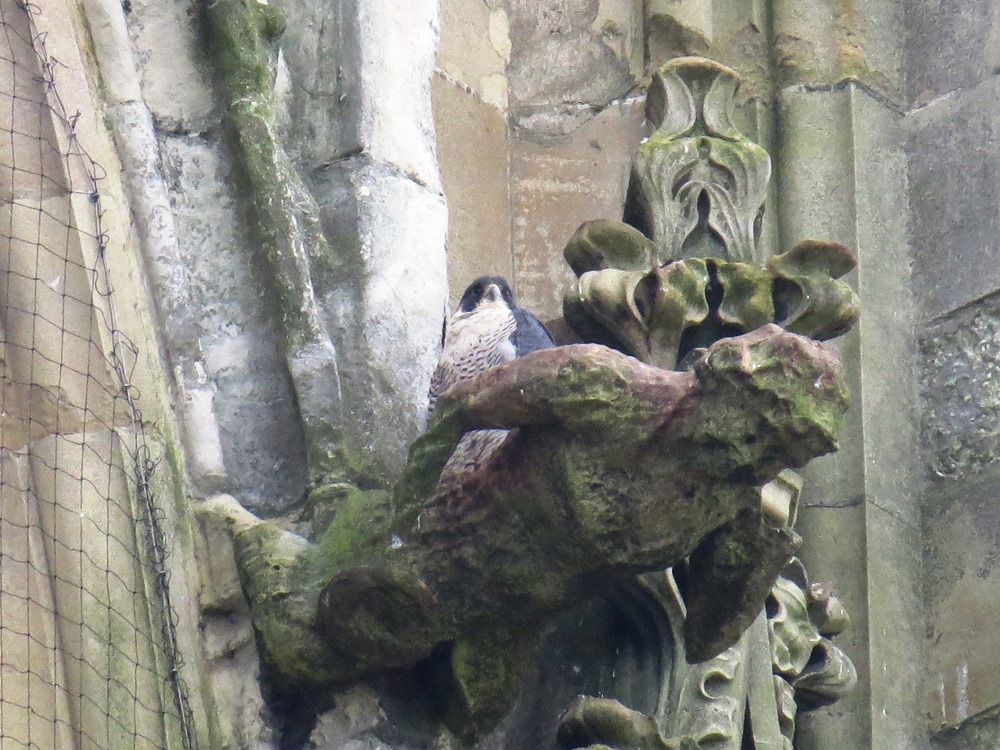